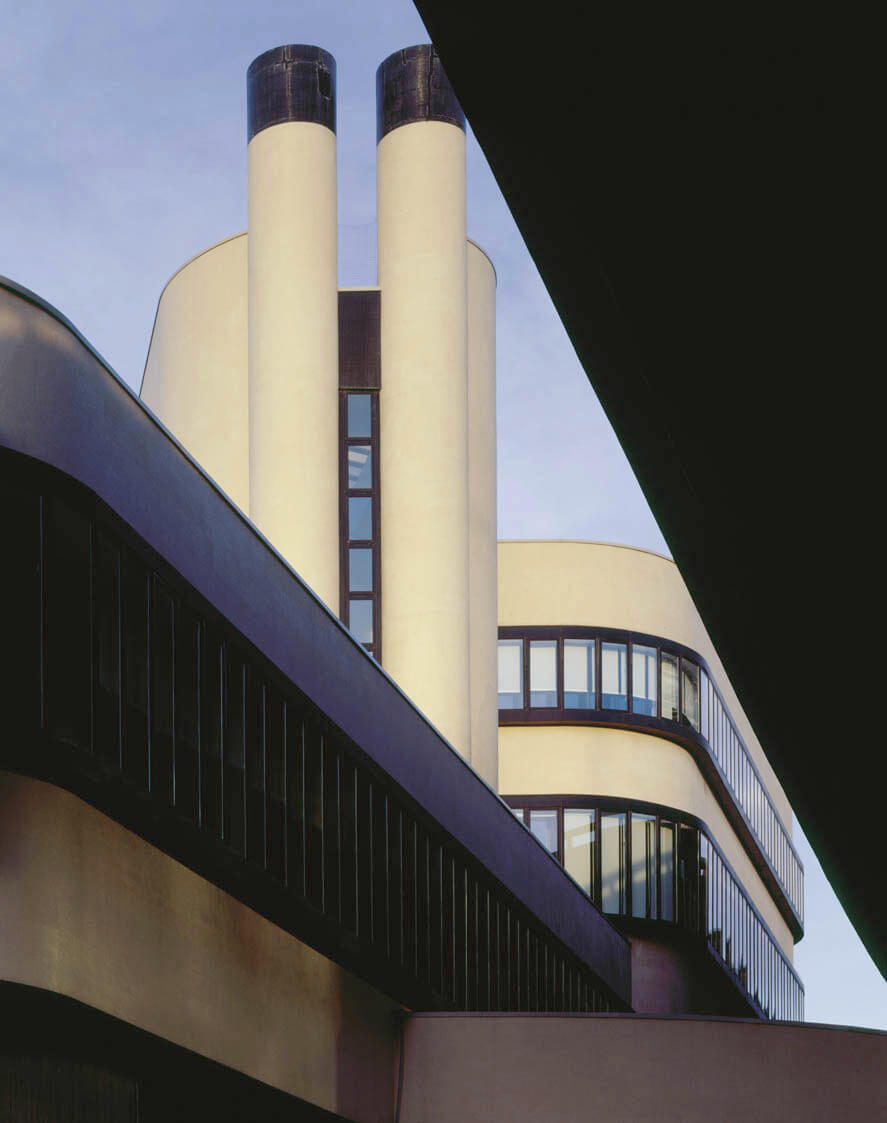 What is now known as the Battleship Building is in fact two distinct buildings – an office/workshop (the Battleship) and a vehicle depot (the Rotunda) – connected by the Westway gyratory. At the Battleship, the conversion from maintenance depot for British Rail into flexible workplace interweaves past, present and future to continue the building’s original long-life, loose-fit approach. The enigmatic grade II* listed landmark is transformed internally to reveal its heroic concrete volumes; a three-storey slate-floored atrium is carved out of the original slabs and a mezzanine floor inserted. Externally, the prominent funnels and Japanese mosaic cladding are restored to their former glory and new double and secondary glazed windows are added to Bicknell & Hamilton’s ribbon strips, preserving the extant fenestration grid and pattern while upgrading internal environmental control. The neighbouring Rotunda Building, a racetrack-shaped building defined by and sitting below the level of the Harrow Road roundabout, is stripped back to its shell, given a new roof and transformed into 4,000 square metres of office space for Nissan’s Design and Research Centre. The Battleship is multi-let; it was initially reinvented to become Monsoon/Accessorize’s headquarters, but the company’s subsequent growth led to their relocation a few years later into the AHMM-designed Yellow Building.