AHMM’s proposal for the site of the former Holloway Prison has received a WAFX Award. As part of the World Architecture Festival, the awards recognise international proposals which embrace cutting-edge design approaches to address major world issues ranging from tackling the climate emergency to building community resilience.

AHMM’s masterplan for Holloway will create 985 new homes, 60% of which will be affordable, including 415 for social rent, arranged around a 1.4-acre public park that retains many of the existing trees. Another key element of the design is the Women's Building, which will include a café, laundry and a creche.

As a recipient of a WAFX Award the project is now among the 20 shortlisted projects for this year’s overall WAFX Prize which will be announced in December at the World Architecture Festival, held this year in Lisbon. 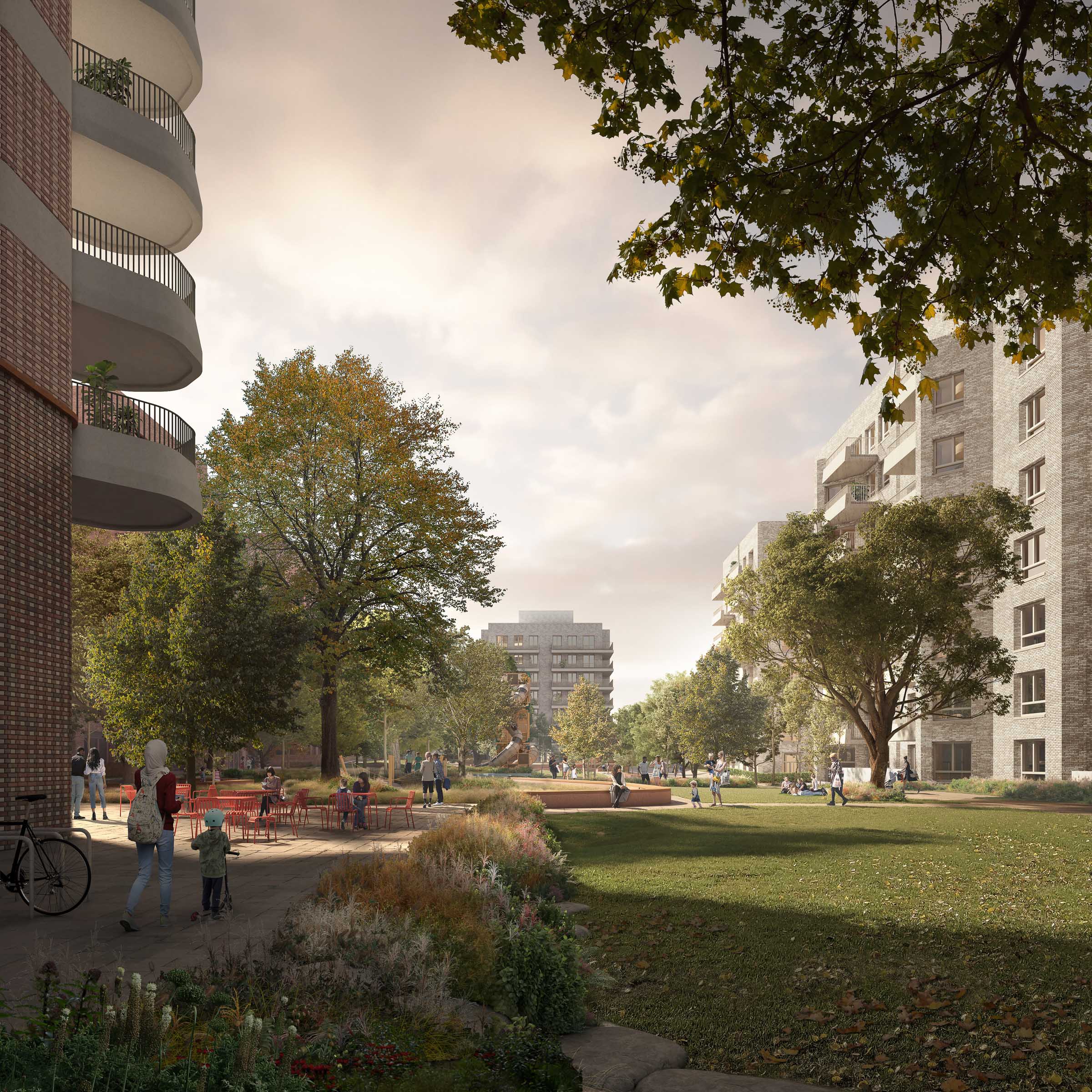