New Shire Hall, a purpose-built civic hub for Cambridgeshire County Council, has been officially opened in an event led by the Council’s Chair, Councillor Stephen Ferguson, supported by pupils from Alconbury C of E Primary School.

The building accommodates the council chamber - a multifunctional, flexible space that can be split into three smaller rooms - alongside council offices, public-facing spaces and amenities including a café and servery; more than 700 council staff are now based at New Shire Hall, which brings together local government functions in sustainable workspaces while acting as a new civic centre for the county. New Shire Hall is AHMM’s fifth project at the Alconbury Enterprise Campus, the redevelopment of a former RAF airfield in Huntingdon, Cambridgeshire. 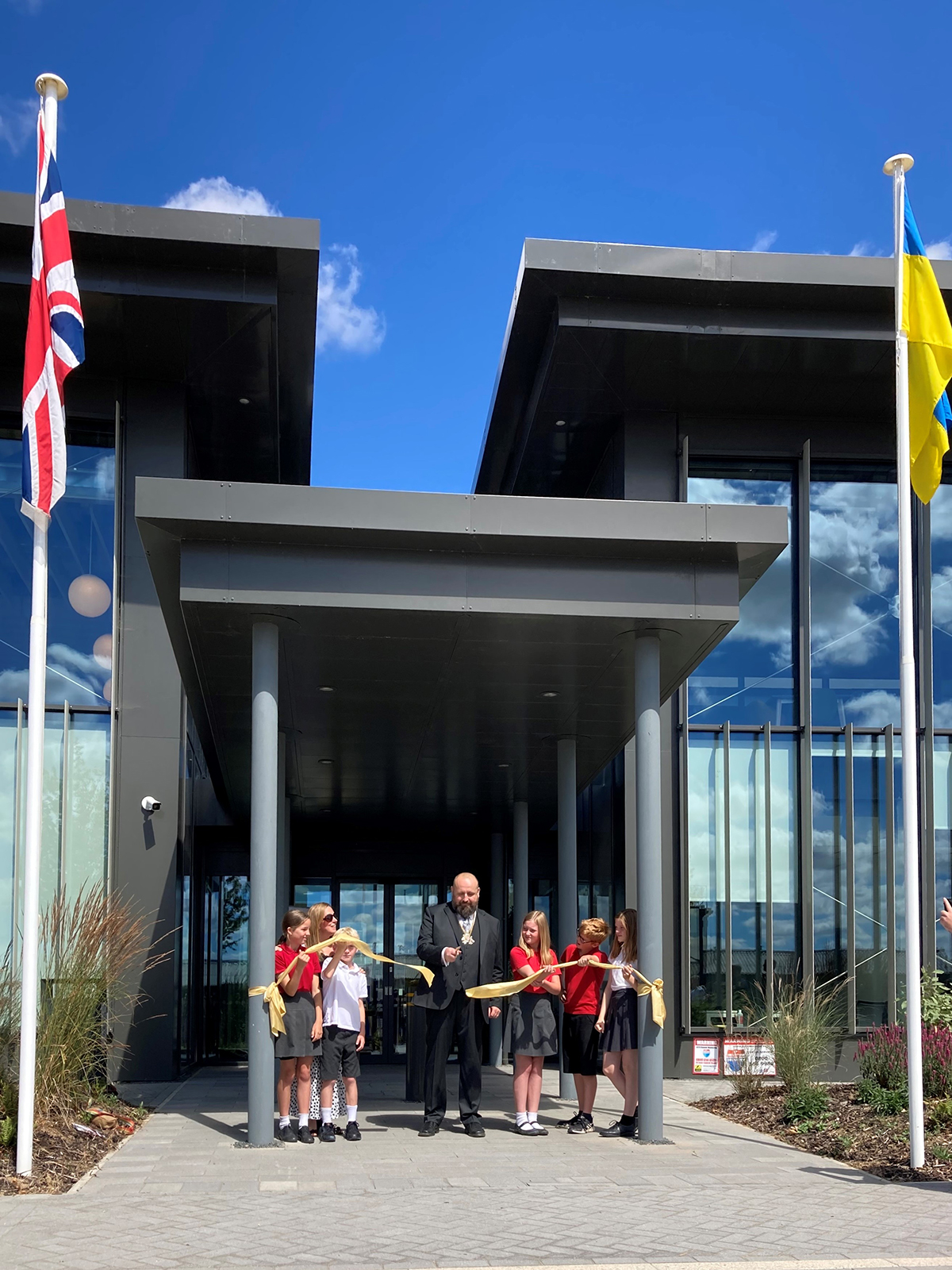